A sermon preached by the Dean of Melbourne, the Very Revd Dr Andreas Loewe, at St Paul’s Cathedral Melbourne on the Second Sunday of Lent, 1 March 2015: 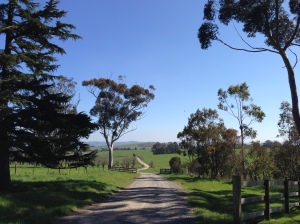 At the heart of the story of God with his people stands a complex relationship between promises made, promises heard, and promises followed. God’s promise is founded on a recurrent pattern of constancy and faithfulness, and the regularity in which God’s past promises have been fulfilled can give a sense of certainty. The story of God also teaches us about the way in which promises have been fulfilled and opportunities been grasped; it tells us something about how we humans take up opportunities, or whether we let them pass by.

The story of God, then, can tell us more about ourselves: whether we grow into a promise and the potential that lies within us, or whether we disregard God’s promise in us altogether. And today’s lessons give us a particular insight into the pattern of promise fulfilled and followed found underlying all our Scriptures, show well the pattern of God’s promise in order to give us hope for our own futures and journeys of faith.

Our first two lessons (Genesis 17.1-7, 15-16 and Romans 4.13-25) take us the patriarch Abraham, the father of God’s people, and spiritual parent for three world faiths. It is in the promises made to Abraham that the story of God and his peoples begins. As, of course, does the story of the promise itself. In our first lesson we meet Abraham as he grapples with the implications of having believed in God’s promise. God had called Abraham from his home to travel to ‘the land that I will show you’ (Genesis 12.1). God had promised that he would be with him, and bless him, and that he would make a ‘great nation’ of Abraham. Our first reading, with its poignant conversation—in a series of visions—between God and Abraham, comes after many miles of travel, and numerous adventures on the way: conflicts in Egypt, troubles by the Dead Sea, battles with local rulers. Our first lesson follows Abraham’s victory in battle. He should be contented, one would think, about having left the field victorious, prosperous in flocks, land and men. But Abraham is anything but happy: one crucial thing in his life is still lacking—he has no children, no heirs, to call his own.

‘How can I become a great nation without populating the lands that I have gained’, Abraham asks himself, and questions God about his intentions again and again: ‘You have given me no offspring’, he says, ‘how then am I to inherit this land?’ (Genesis 15.1-2) And God responded to Abraham’s plea, led him outside his tent, asked him to observe at the night-sky, and assured him: ‘As numerous as the stars of heaven, so shall your descendants be’ (Genesis 15.5). And ‘Abraham believed in the Lord’, we read, ‘and the Lord reckoned it to Abraham as righteousness’ (Genesis 15.6). God not only gave direct answers to Abraham’s questions about whether the promise he made was true. God also took note of Abraham’s trust, of his faith, and he counted that trust as righteousness, we read.

The fact that Abraham took God’s promises on trust, and continued to put his faith in God’s purposes for him, is of great importance for us, the people who trace our spiritual lineage back to Abraham. That certainly is what St Paul believed when he wrote in our second lesson from the epistle to the Romans. For if Abraham’s faith in God’s promises was counted by God as righteousness, as setting the relationship between God and Abraham right, then that says something really important about the role of faith, and of trusting in God’s promises for all us, St Paul explains in our second lesson. For Paul, the story of Abraham becomes a test case for all the other promises God makes: Abraham’s trust in God’s good purposes is not only a sign of Abraham’s faith but a source of confidence for us, as we seek to discern God’s purposes, trace the pattern of new promises, and promises fulfilled, in our own lives.

For those who already believe in Jesus Christ, Paul says, the fact that God kept his promise to Abraham shows that they will never be disappointed in their faith in God. And for those who do not yet believe in Jesus, Paul says, the fact that God fulfilled the promises he made says something essential about God’s constancy. God is faithful and keeps his promises, Paul tells. And if we put our trust in that belief, then we, too, can grasp the promises that lie ahead of us in confidence, can safely step into the future, because we are entering into a pattern of many promises already fulfilled.

That is why Paul concludes: ‘The words “it was reckoned to him” were written not for Abraham’s sake alone, but for ours also’ (Romans 4.22-23). For these words give us hope that we, too, can safely put our trust, our faith, in God’s promises and purposes.

Where Abraham was promised to be the father of a great nation, we are promised to be children of God, are promised eternal life through Jesus Christ, Paul says. Knowing that Jesus died so that all people who believe in his promise can have life, Paul says, is the greatest hope there can ever be. A hope that will enable us to bear hardship and suffering, secure in the knowledge that God will keep his promises to us, just as he kept the promise made to Abraham. Immediately after the end of our second lesson, Paul reflects on that truth, and explains: ‘we boast in our hope of sharing the glory of God. And not only that, but we also boast in our sufferings, knowing that suffering produces endurance, and endurance produces character, and character produces hope, and hope does not disappoint us, because God’s love has been poured into our hearts through the Holy Spirit that has been given to us’ (Romans 5.3-5).

As we enter God’s promise, we won’t be shielded from setbacks, Paul makes clear, echoing our Gospel reading (Mark 8.31-38). ‘If anyone want to become my followers’, Jesus said in Mark’s Gospel, ‘let them deny themselves, and take up their cross and follow me’ (Mark 8.36). No, we will not be kept from suffering. Rather, our setbacks will teach us endurance, a quality that will shape our characters, St Paul knows from his own experience. Endurance and hope, in turn, is what will make us the people we are called to be, St Paul says, is what will help us fulfil the potential that lies within us. And even though that potential may, at present, only be a promise, it certainly is already there. It is this potential and trust that invites us to step into what lies ahead with confidence.

God’s promise of a new life, and a future ‘throughout all generations’, his promise ‘to be God to you’ is fulfilled in each generation (Genesis 17.9). It embraces the past and the present; was there for the generations of Abraham, Jesus and Paul; and now is there for our generation.

God’s promise is fulfilled in every age, whenever people join together to enter into the covenant God makes, whenever people are marked as God’s people. Its future is ensured because every individual, each bearer of God’s promise, is invited to contribute their own gifts to perpetuate God’s gift of promise to those who have yet to hear it. For God’s promise of a future is only ever achieved in community, when many contribute their skills and, by fulfilling their own promise with other promise-bearers, fulfil a greater promise, accomplish abundantly more than they might have been able to do on their own.

Each one of us can bear God’s promise of a future to our world, where we recognise signs of that promise in one another, and together act to live as members of God’s covenant.

Almighty God, give us, your people, grace
to love what you command and to desire what you promise,
that, among the many changes and chances of this fleeting world,
our hearts may surely there be fixed where lasting joys are to be found,
that we, loving you in all things and above all things,
may obtain your promises, which exceed all that we can desire;
through Jesus Christ, your Son our Lord. Amen.